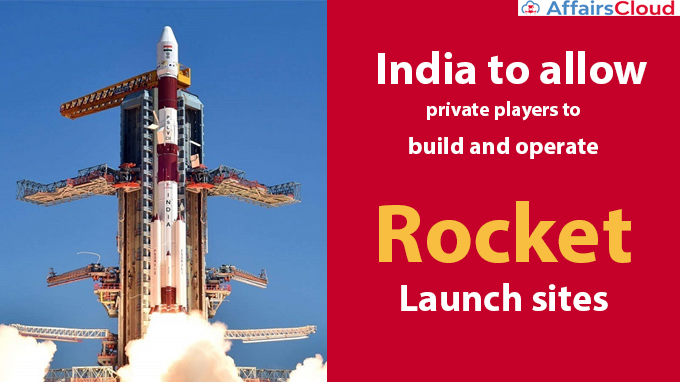 i.The draft policy allows Indian private companies to establish and operate rocket launch sites within and outside the country, after getting prior authorisation from the government.

ii.Rocket launch (orbital or sub-orbital) from Indian or overseas territory can be carried out only with authorisation from IN-SPACe.

iii.As per the policy, IN-SPACe authorisation requires financial guarantee or insurance cover by proposer under its ownership to fulfil nation’s liability as per international agreements.

i.If  the launch site is overseas, all necessary approvals for undertaking the activities in another country must be under the applicable laws of that country.

ii.IN-SPACe will authorise the launch activity by the Indian Entity after verifying clearances accorded by Ministry of External Affairs or any other Ministry.

iii.IN-SPACe or the Union of India shall not have any liability related to launches performed outside of the territory of India.

i.It states that focused research on new propulsion systems based on semi-cryogenic, liquid oxygen-methane and green propellants is essential.

ii.ISRO is developing green propulsion through hydrogen peroxide for the rocket that will power the ‘Gaganyaan’ mission (India’s 1st Human Space Flight Programme).

Agnikul Cosmos and Skyroot Aerospace are small rocket makers who are developing small rockets to launch small satellites into orbit.

January 8, 2021, Sivan, Secretary of Department of Space (DoS) & Chairman of SRO has chalked out the plan for the Decade 2021-30. It has listed both Short-term vision & Long-term visions.

About Department of Space (DoS)