On February 13, 2020, According to the data released by the National Statistical Organisation (NSO) of the Ministry of Statistics and Programme Implementation (MoSPI), Retail inflation rose to a 68-month high of  7.59 % in January 2020 as against 7.35% in December 2019 due to prices of food items such as vegetables, eggs, meat and fish, along with fuel became costlier. 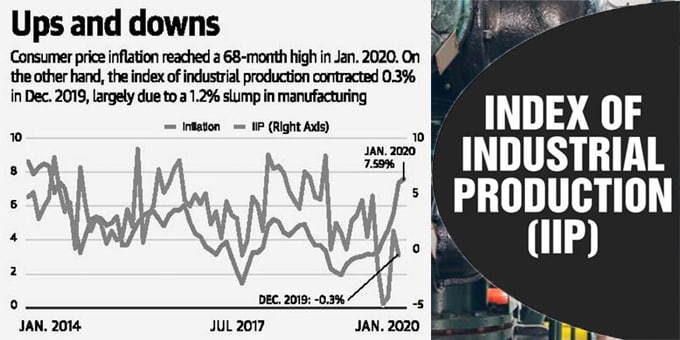 About Retail inflation: It is the increase in the price of goods sold at retail market.In India, retail price is measured by the consumer price index (CPI),which is calculated by taking price changes for each item in the predetermined basket of goods and averaging them.

About IIP: It is an abstract number represents the status of production in the industrial sector for a given period of time as compared to a reference period of time. The current base year is 2011-2012.