Scientists have produced human antibodies in the laboratory for the first time using a technique that can lead to rapid development of new vaccines to treat a wide range of infectious diseases.

What is an antibody?

Antibodies are produced by the body’s B cells to fight off infections by bacteria, viruses, and other invasive pathogens.

Details about Technique that led to producing antibodies in the laboratory:

Researchers, led by Facundo Batista from the Francis Crick Institute in the UK, produced specific human antibodies in the laboratory by treating patient-derived B cells with tiny nanoparticles coated with both CpG oligonucleotides and an antigen. 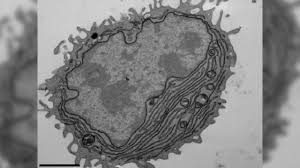