Hello friends,This is quiz from SBI PO mock test (Reasoning section ) with explanation.Numbering of questions is as per numbering in mock test 4.

Directions for questions : These questions are based on the following information.

Six girls – A, B, C, D, E and F are sitting in a row facing North and six boys – P, Q, R, S, T and U are sitting in a different row facing South, but not necessarily in the same order. Each girl in a row is facing exactly one boy from the other row. The following information is known about them.
P sits second to the right of the person who sits opposite B. B does not sit at any end of the row. C and D are immediate neighbours of B, and one of them sits at an extremes. E sits second to the left of D but not opposite R.
P is a neighbour of R but is not opposite F. Neither Q nor T are adjacent to P. T is adjacent to either R or Q but not both. U is a neighbour of the person who sits opposite E. 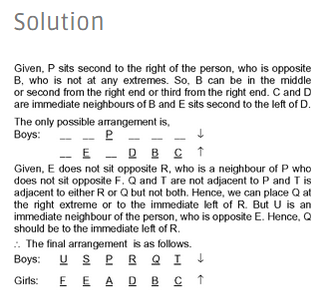 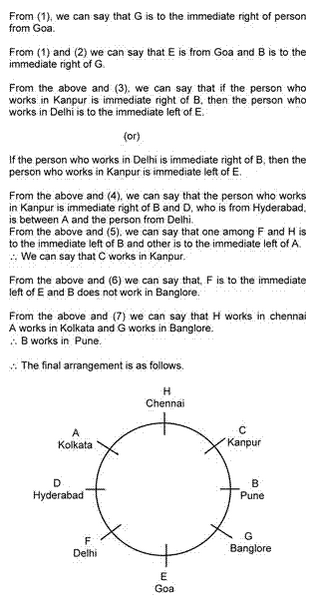 2 : The person from Chennai.