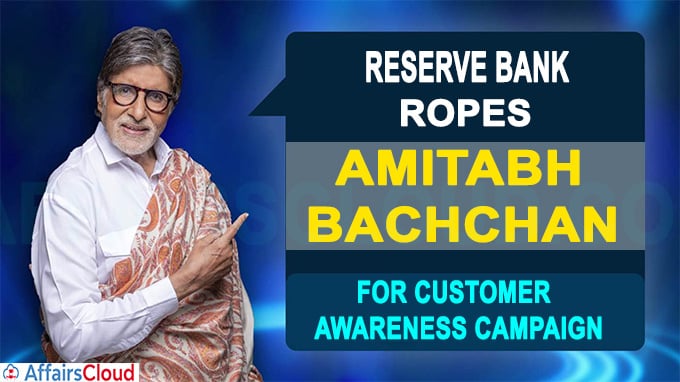 On September 27, 2020 The Reserve Bank of India(RBI) roped in Indian Film Actor Amitabh Bachchan for the customer awareness campaign to prevent naive account holders from being deceived by fraudsters.

As part of the RBI’s public awareness campaign, the regulator continues to inform customers about do’s and don’ts for safe and secure transactions.

ii.The second most powerful monetary authority in the world, The European Central Bank, has 5.81 lakh followers.

ii.He is referred to as the Shahenshah of Bollywood (referring to his 1988 film Shahenshah), Sadi ka Mahanayak (Hindi for, “Greatest actor of the century”), Star of the Millennium, or Big B.