Reserve Bank of India (RBI) decreed banks to terminate the circulation of notes of Rs. 1,000 denomination without the security thread. 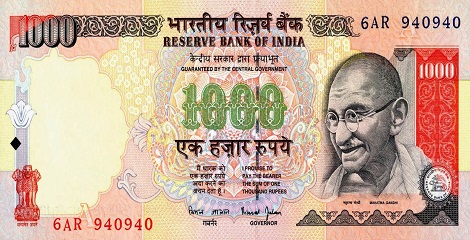 About Security Printing and Minting Corporation of India:
Instigated in 2006, SPMCIL is a government-owned corporation under Ministry of Finance, engages in the production of bank notes, coins, non – judicial stamps, postage stamps and other government related documents for India.

Here are some Interesting and Importing facts regarding Indian currency