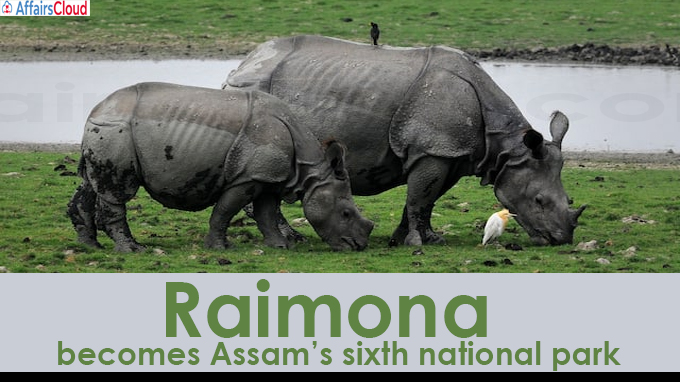 ii.The new national park shares border with Bhutan in the East and North, Ripu Reserve Forest in the South and Sonkosh river flows along the Assam-West Bengal inter-state border in the West.

Note – Endangered species like Golden Langur, can increase in population because of the transboundary conservation zone between India & Bhutan

Other National Parks in Assam:

Note – At present, there are 105 National Parks in India. (including Raimona NP)

What is a National Park?

National Parks are areas designated by the State government to conserve the Natural environment of the region.

Established in 2011, with Manas Tiger Reserve in India and Royal Manas National Park in Bhutan at the core, TraMCA is a transboundary conservation zone for people & wildlife.

India-Fiji inked MoU for cooperation in Agriculture and Allied sectors