The Railway Ministry will launch “Operation Swarn” (swarn means gold in Hindi) to improve services in Rajdhani and Shatabdi Express trains. The move has come as a response to repeated complaints of deteriorated services, low quality of food and poor sanitation in these trains.

‘Operation Swarn’ will be conducted in a phased manner. Under the first phase, the Mumbai-Delhi Rajdhani Express and Mumbai-Ahmedabad Shatabdi Express have been selected for upgradation, for which the work will start from September 2017. 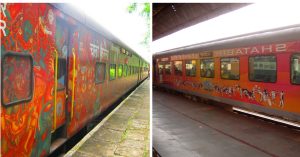 Rajdhani Express is a series of express passenger train services in India operated by Indian Railways connecting New Delhi with other important destinations (mostly capital cities of other states).

Shatabdi Express trains are a series of superfast passenger trains operated by Indian Railways to connect Metro cities with other cities important for tourism, pilgrimage or business.