On November 27, 2019, QS World University Rankings:Asia 2020 was released. It is an annual publication of university rankings by Quacquarelli Symonds (QS), ranking the best universities of 2020 in the Asian region. Among the Indian Universities, Indian Institute of Technology Bombay (IIT-B) was ranked as the top performer ranking 34th in the list. The list was topped by National University of Singapore(NUS), Singapore for the second consecutive year. 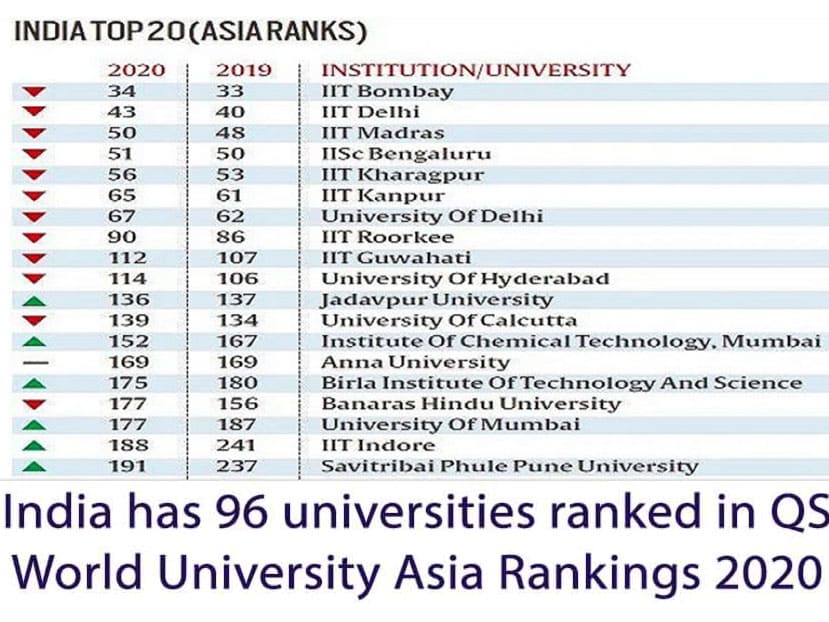