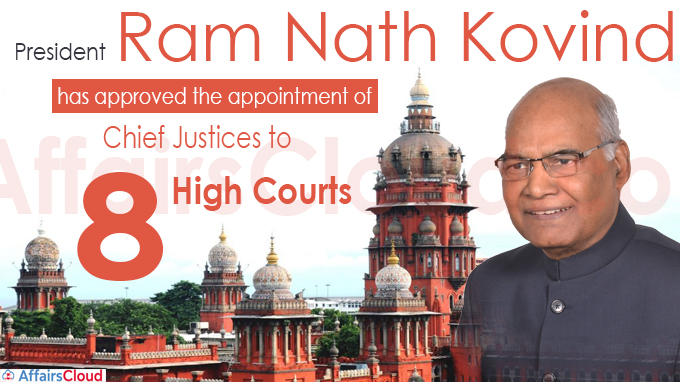 Ram Nath Kovind, President of India, has approved the appointment of the chief justices(CJ) to 8 high courts(HC) across India. He has also approved the transfer of 5 chief Justices to different high courts.

Details of the appointments:

The President of India, Ram Nath Kovind has appointed the Acting Chief Justice(ACJ) for the High Courts(HC) of Telangana, Sikkim & Karnataka by exercising his power conferred by Article 223 of the Constitution of India.