A former UN High Commissioner for Refugees (UNHCR) , Antonio Guterres has been nominated for UN Secretary General by Portugal as the incumbent Ban Ki Moon of South Korea  is about to end his tenure in 2016. 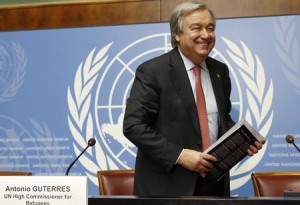 He was the Prime Minister of Portugal between 1995 and 2002. He was from the Socialist Party. He served as the 10th UN high Commissioner from 2005 until 2015. If selected, he will become the 9th Secretary General of the UN. He needs to win two-thirds of the votes to be elected to the post.

The Role of Secretary General:

The role of the Secretary General can be broadly mentioned as: