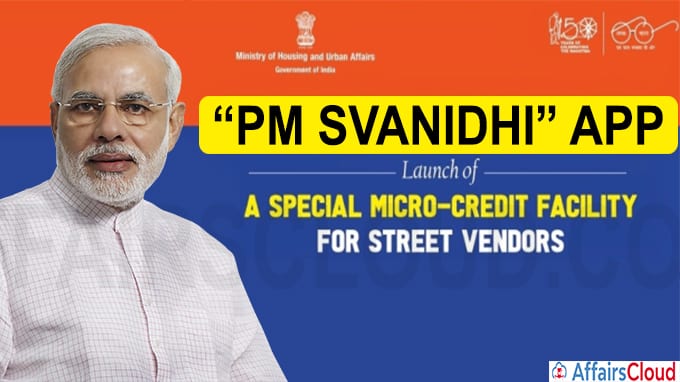 On July 17, 2020, a mobile Application of Prime Minister Street Vendor’s AtmaNirbhar Nidhi (PM SVANidhi) was virtually launched by Durga Shanker Mishra, Secretary, Ministry of Housing and Urban Affairs (MoHUA) from New Delhi, in order to bring paper-less Microcredit facility for street vendors at their door steps and also to give impetus to the implementation strategy of the Scheme.

The App can be downloaded from the Google play store for use by the LIs and their field functionaries.

MoHUA has launched PM SVANidhi (PM स्वनिधि ) – PM Street Vendor’s AtmaNirbharNidhi on June 01, 2020 for providing affordable Working Capital loan to 50 lakh street vendors to resume their livelihoods that have been adversely affected due to Covid-19 lockdown. As a part of the scheme, the street vendors, who had their businesses operational on or before 24 March, 2020 can avail a working capital loan of up to Rs. 10,000 which is repayable in monthly instalments in the tenure of one year. The loaning will commence from July 2020.