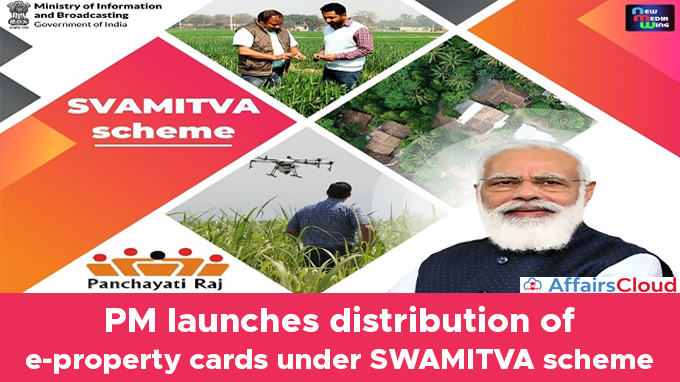 i.The 2021 awards have been conferred to the works done by Panchayats during the year 2019-20.

iii.For the 1st time, PM transferred the award money (as grants-in-aid) through the click of a button, the cash prize ranged from INR 5 Lakh to INR 50 Lakh.

iv.The full list of awards can be accessed here.

During the occasion, PM Modi announced that 5 kg of food grains would be provided to 80 crore beneficiaries under PMGKAY during May, June months of 2021, government is spending around INR 26, 000 crore on this scheme.

i.January 19, 2021,  “SKOCH Challenger Award- Transparency in Governance” was conferred to Ministry of Panchayati Raj (MoPR) for recognizing its IT-led initiatives that resulted in performance improvement, better transparency and strengthening of the e-Governance in Panchayati Raj Institutions (PRIs).