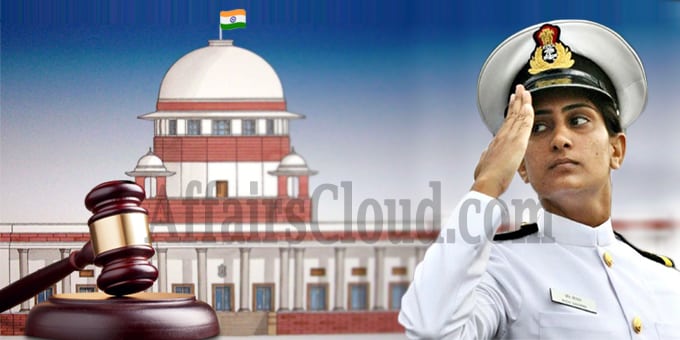 The judgment follows a verdict by the Apex Court in favour of granting permanent commission for women in the Indian Army. A permanent commission entitles an officer to serve in the Navy till he/she retires unlike Short Service Commission(SSC), which is currently for 10 years and can be extended by four more years, a total of 14 years.

The Supreme Court said women can sail with the same efficiency as male officers and there should be no discrimination.

The bench quoted “To cast aspersions on the ability of women and their role and achievements in the Army is an insult not only to women but also to the Indian Army,”.