The Pentagon has established a first-ever country special cell, India Rapid Reaction Cell (IRRC), to speed up its defence ties with India and accelerate the process of co-development and co-production of hi-tech military equipment in the country.

IRRC, operational for a few months now, is part of the efforts to pursue all aspects of the India – U.S. Defence Trade and Technology Initiative (DTTI). Currently, seven persons are working on this cell, representing various wings of the US Department of Defence. 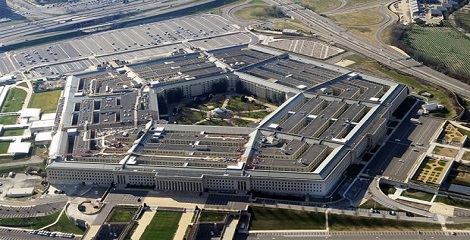 The cell established soon after Defence Secretary Ashton Carter assumed Pentagon’s leadership role in February earlier this year. More significantly, it’s a part of the Joint Statement issued during the visit of the US President Barack Obama to India as chief guest of the Republic Day 2015 parade.

The cell since its establishment has been instrumental in accelerating the DTTI projects and has started the process to send some new proposals to India for co-production and co-development.

IRRC is the only country-specific cell of its kind in the Pentagon. The cell looks at ways to transform bilateral defence relationship without any bureaucratic obstacles, move away from the traditional buyer-seller dynamic to a more collaborative approach, explore new areas of technological collaboration and expand the U.S.-India business ties.

The Pentagon is the headquarters of the United States Department of Defence, located in Arlington County, Virginia. It is a large office building, with about 6,500,000 sq ft. It has five sides, five floors above ground, two basement levels, and five ring corridors per floor with a total of 28.2 km of corridors. The Pentagon includes a five-acre central plaza, which is shaped like a pentagon and informally known as “ground zero“, a nickname originating during the Cold War on the presumption that it would be targeted by the Soviet Union at the outbreak of nuclear war. Approximately 23,000 military and civilian employees and about 3,000 non-defense support personnel work in the Pentagon.

Significantly, on September 11, 2001, exactly 60 years after the building’s construction began, American Airlines Flight 77 was hijacked and flown into the Western side of the building, killing 189 people including the five hijackers.