On January 9, 2019, Prime Minister Narendra Modi visited Agra in Uttar Pradesh for one day. This is Modi’s second visit to the city after his initial visit in 2016. 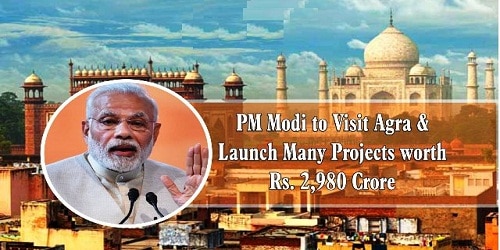 Visit to Agra:
On his one-day visit to Agra, the PM launched a series of development projects worth Rs. 2980 Crores for the Agra city and the adjoining areas.
i. They are as follows: