We are here for you to provide the important Current Affairs January 11 2019, which have unique updates of all daily events from all newspapers such as The Hindu, The Economic Times, PIB, Times of India, PTI, Indian Express, Business Standard and all Government official websites. 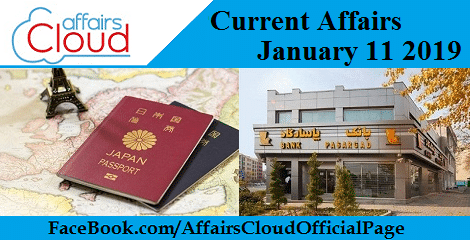 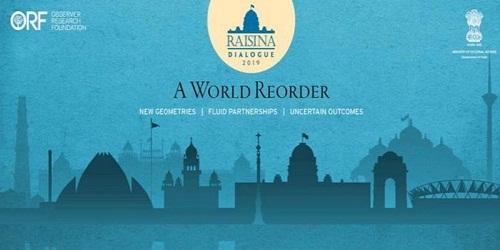 1st 2019 ‘National Consultation on Child Protection’ held in New Delhi under Secretary, MoW&CD
On January 8, 2019, First 2019 edition of the ‘National Consultation on Child Protection’ was held at India Habitat Centre, New Delhi, under the Chairmanship of the Secretary, Ministry of Women and Child Development.
i. Following were the objectives of the meeting:

Key points:
i. The suspension bridge, also known as Byorung Bridge was built at a cost of Rs 4,843 crore and funded by the ministry of  development of North Eastern Region under Non Lapsable Central Pool of Resources scheme.
ii. It will reduce the distance from Yingkiong to Tuting town by almost 40 km. The earlier road length was 192 km.
iii. Chief Minister Pema Khandu said the newly inaugurated bridge will benefit about 20,000 people residing on both sides of the bank of Siang River and will boost military preparedness.
About Arunachal Pradesh:
♦ Capital: Itanagar
♦ Chief Minister: Pema Khandu
♦ Governor: Brigadier B.D. Mishra

5-Judge Constitution Bench to hear Ram Janmabhoomi-Babri Masjid Case
i. Supreme court of India was supposed to hear the oldest case in the Indian history Ram Janmabhoomi -Babri Masjid case.The case came in front of the 5 judge committee set by Our chief Justice of India Ranjan Gogoi.The five members are as follows Justice Ranjan gogoi, SA Bobde,NV Raman,Uday U Lalit and DY Chandrachud.
ii.As many as 14 appeals have been filed in the apex court against the 2010 Allahabad High Court judgement. The High Court had ordered that the 2.77 acre land be partitioned equally among the three parties – the Sunni Waqf Board, the Nirmohi Akhara and Ram Lalla.

ii. According to the MOU, BEE and CPWD will cooperate on:

iii. This MOU was in line with Government of India’s vision for achieving energy security, economic growth and environmental sustainability.
Background:
♦ On December 14, 2018, ECO Niwas Samhita 2018, an Energy Conservation Building Code for residential buildings, to push for energy efficiency in residential sector was launched by Ministry of Power in New Delhi on the occasion of National Energy Conservation Day 2018 .
♦ The project aims for promoting design and construction of homes including apartments and townships to give benefits of energy efficiency to the occupants.
About BEE:
♦ Headquarters: New Delhi.
♦ Under Ministry of Power.
About CPWD:
♦ Headquarters: New Delhi.
♦ Under Ministry of Housing and Urban Affairs.

India Ranks 79th, Japan Tops List Of Most Powerful Passports: Henley Passport Index
On January 10,2019,According to Henley Passport Index, which keeps in record and analyses of every country’s travel afford revealed a report of powerful passport holding country, in which Japan has retained its position to the top for the consecutive year due to access the document’s access to 190 countries and India has leaped two steps forward to 79th rank from 81st rank.A total of 190 countries are analyzed here. 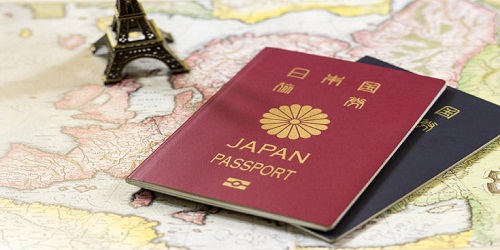 KeyPoints:
i. The Henley index ranks world’s passports based on how many countries they can get the holder access without a prior visa. An Indian passport holder can visit 61 countries without a Prior-travel visa.
ii. According to the ranking by Henley and Partners Passport Index,
Afghanistan and Iraq – 104
Pakistan came close to them at 102.
iii. The US passport gives its citizens access to 185 countries without the need for a prior visa and shares the sixth spot with UK, Austria, Netherlands, Norway, Portugal, Switzerland.Click here to read the rank of all the countries.
Henley Passport Index
♦ Head:Christian Kalin

Sri Lanka’s Central Bank Gets USD 400 Million Swap From RBI
On January 9, 2019,the Reserve bank of India has agreed to disburse Sri lanka’s loan amount of USD 400 million to boost the nation’s reserve.RBI has agreed to issue the fund under the SAARC(South Asian Association for Regional Cooperation) SWAP facility system.It is also said that another request of currency SWAP USD 1 billion is under process .

KeyPoints:
i. RBI’s assistance is appreciated by the SriLanka government and it will help the nation to recover and build itself from the political and constitutional crisis that is prevailing in the nation
ii. The RBI’s very rapid and timely assistance will serve to boost investor confidence by supporting Sri Lanka to maintain adequate level of external reserves while accommodating outflow related to imports, debt servicing and if necessary support for the currency to avoid disorderly adjustment
iii. Due to the political crisis ,the nation’s economic rating is downgraded by the leading credit rating agenices- Moody’s,S&P rating,Fitch Rating
iv. Sri lanka is to move forward to IMF for further financial assistance.IMF has hold back its discussion about next loan for Srilanka because of the political crisis.
v. After IMF’s review ,Srilanka is to receive sixth tranche of USD 250 million as a loan amount,total amount would be disbursed as the seventh tranche in the mid of 2019.
About Srilanka
♦ Capital :Colombo(Commercial),Sri Jayawardenepura Kotte(Administrative)
♦ Prime Minister :Ranil Wickremesinghe
♦ President :Maithripala Sirisena
♦ Currency :Sri Lankan rupee
♦ Recent News About Srilanka :Mattala International Airport in southern Sri Lanka holds the dubious tag of being the world’s emptiest airport,and it is being over taken by Indian government

The bank branch would be made operational within 3 months.
i. This move will help India to operationalise the strategic Chabahar port in the Sistan-Balochistan province of Iran.
ii. From the Indian side, UCO Bank and Pasargad Bank of Iran will facilitate transactions relating to operation of berths at Chabahar port.
iii. India has placed USD 85 million machinery order for Chabahar.
About Chabahar Port:
♦ The Port is seen as a counter to Pakistan’s Gwadar port located at distance of around 80 km from Chabahar.
♦ In May 2015, India and Iran signed a memorandum of understanding (MoU) for the development of Chabahar Port.
♦ This MoU translated into a formal ten-year contract to develop two terminals with five berths at the Shahid Beheshti area in Chabahar, which was executed on May 23, 2016, during Prime Minister Narendra Modi’s visit to Tehran.
♦ Under the agreement, India would build a 600-metre (1,969 feet) cargo terminal and a 640-metre container terminal.
♦ On December 24, 2018, the government of India took over the operations of a part of Shahid Beheshti Port, Chabahar, in Iran during the Chabahar Trilateral Agreement meeting held there.
♦ The heads of Indian, Iranian and Afghanistan delegations had jointly inaugurated the office of the Indian SPV – India Ports Global Chabahar Free Zone (IPGCFZ) at Chabahar.
♦ This is the first time India will be operating a port outside its territory.
Iran:
♦ Capital: Tehran.
♦ Currency: Iranian rial.

SEBI Constitutes Research Advisory Committee Headed By Sankar De
On January 8th 2019,Market regulator SEBI has set up a Research advisory committee(RAC) that will help and analyse the new methods of policy making for the development of capital market.The committee formed will be headed by Sankar De
KeyPoints:
i. This committee is formed with an objective to define the objective of creating the policy for the development of the capital market and for as bridge between the analytical research to formation of the policy.
ii. For promotion and developing the researches that are relevant to the capital market
iii. Exploring the research collaboration with external researchers from both domestic and international agencies
iv. Another important factor for the formation of this committee is to maintain the database related to the capital market.
v.Promotion/development of research proposals in-house as well as by interested external researchers.
Securities and Exchange Board of India(SEBI)
♦ Headquarter:Mumbai
♦ Chairman:Ajay Tyagi

GST exemption limit doubled to give relief to small businesses
On 10th January, Finance Minister Arun Jaitley raised the annual turnover for availing composition scheme to Rs 1.5 crore from Rs 1 crore effective from April 1, 2019 to provide relief to small businesses under Goods and Services (GST) regime.
Key points:
i. It is said that “those who come under the composition scheme will pay tax quarterly, but the return will be filed once a year”.
ii. The Goods and Services (GST) exemption limit has been doubled to Rs. 40 lakh annual turnover and Rs 20 lakh for northeastern states.
iii. It is also said that small companies would have the option to opt out of the GST tax net, adding that services and goods providers will get the benefit of composition tax.
About GST:
♦ GST: Goods and Services tax (GST) is an indirect tax levied in India on the supply of goods and services. It is divided into five slabs i.e. 0%, 5%, 12%, 18% and 28%.
♦ Implemented on: 1st July, 2017 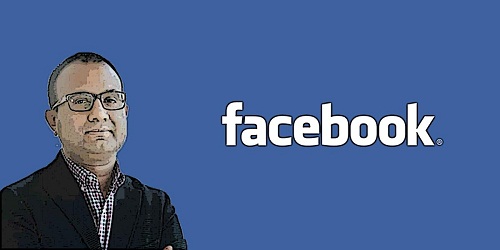 i. He succeeded Umang Bedi who left the post on October 2017.
ii. Mohan, a former CEO of Hotstar, was earlier appointed to lead as India’s head for the company in September 2018.

Narasimhan Ram of the Hindu Group is new AFMF President
On 9th January 2019, Narasimhan Ram, Chairman, THG Publishing Private Limited, has been appointed President of the Alliance for Media Freedom (AFMF), a cross- media advocacy and action group of media organization, promoters and journalists.
i. While appointing him as the president of the Alliance, his role in thwarting the efforts of governments and authoritarian elements to impede the independent functioning of the media was commended.
ii. The Alliance for Media Freedom (AFMF) is dedicated to work for the cause of media freedom, media independence and the safety of the journalists.

‘Space fuel’, made by crystallizing CO2, to curb greenhouse gases created by IIT Madras scientists
On January 9, 2019, IIT-Madras team created ‘space fuel’ by trapping carbon dioxide in crystalline form with the help of water molecules. This would in future help to curb greenhouse gases.
i. This was made in vacuum, one thousand billion times below the atmospheric pressure called ultra-high vacuum (UHV) and temperature close to minus 263 degree Celsius.
ii. These conditions are present in deep space which they mimicked in the lab.
iii.  The Study was published in the journal Proceedings of the National Academy of Sciences (PNAS). Key Points
i. Ukraine’s Hanna Okhoto ranked number 2 in the ranking released by AIBA with 1100 points.
ii. Mary Kom will have to jump to 51 kg category in order to participate in 2020 Olympics because 48 kg Category is not included in the Olympics yet.
iii. Mary Kom has already achieved the feat to become the first woman boxer to win six world championship.
iii. Pinki Jangra has been placed 8th in the 51 kg Category whereas Asian Silver Medalist Manisha Maun is place 8th in 54 kg Category.
iv. Former World Silver-Medalist Sonia Lather was placed 2nd in 57 Kg Category and India Open gold-Medalist and world bronze winner Lovlina Borgohain has been place at 5th Position.
About International Boxing Association (AIBA)
♦ Headquarters: Lausanne, Switzerland
♦ President: Gafur Rakhimov 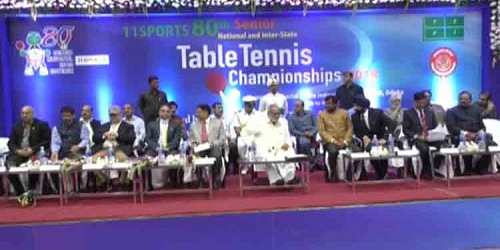 Harendra Singh removed as head coach of senior hockey team
On 9th January 2019, meeting of Hockey India Performance and Development Committee held and decided to removeHarendra Singh as the coach of India’s senior men’s team.
i. Harinder Singh was reprimanded by International Hockey Federation, founded guilty of breaching level 1, 2.2 k of code of conduct.
ii.  He was appointed as the senior side’s coach in May 2018. KeyPoints:
Through this story,she tells about her experience of travelling through the world and visiting the refugees,it also be considered as the depiction of her inner self ,who was devastated from her homeland.
Other works of Malala Yousafzai are :
♦ I am Malala: The Story of the Girl Who Stood Up for Education and was Shot by the Taliban (co-written with Christina Lamb) in 2013
♦ Malala’s Magic Pencil in  2017. 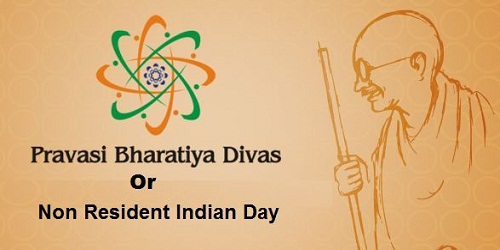 i. This day is celebrated to strengthen the engagement of the overseas Indian community with the Government of India and reconnect them with their roots.
ii. On 9th January 2019, Mahatma Gandhi came to India from South Africa and became the greatest Pravasi who led India’s freedom Struggle.
iii. Earlier till 2015, it was celebrated every year and now in every two year.