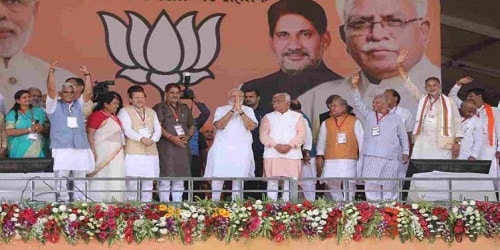 ‘Vijay Sankalp’ Rally
PM addressed the ‘Vijay Sankalp’ rally during his visit to the state. He stated that over the last five years, the state has got the benefit of the double-engine – Bharatiya Janata Party’s (BJP) Central and state governments. Union Ministers Narender Singh Tomar, Rao Inderjeet Singh, Krishan Pal Gurjar and Ratan Lal Kataria, lawmakers, legislators and Panna Pramukh of 20,441 booths were present at the occasion.