On February 21 2019, Prime Minister Narendra Modi embarked on a 2-day visit to South Korea or Republic of Korea(ROK) on the invitation of President Moon Jae-in.This was his 2nd Visit to South Korea,Previously he visited South Korea in the year 2015 .He was received by Indian Community in South Korea. 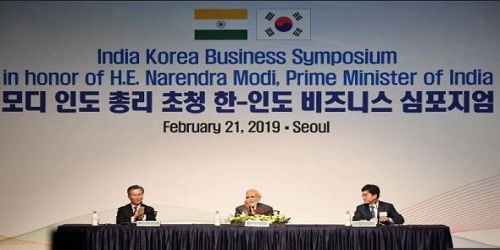 Highlights of the visit: