Shri Dharmendra Pradhan who is the Minister of Petroleum & Natural Gas and Steel, accompanied by an official and business delegation, paid a 3-day official visit to Mongolia on 7-9 October 2019. This is a follow up of the recent visit by Mongolian President Khaltmaagiin Battulga to India. Upon his arrival, he met Mongolia’s Heavy industry and mining minister Nandinjargal Ganbold and held various delegation-level talks in Ulaanbaatar, Mongolia. 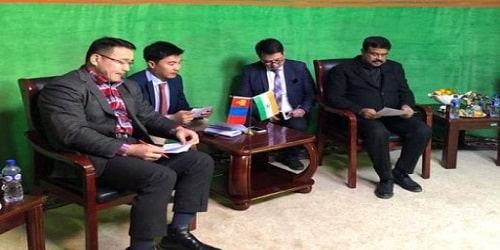 Commissioning of infrastructure facilities
On October 8, 2019 Shri Dharmendra Pradhan participated in the ceremony for commissioning the infrastructure facilities constructed to support the proposed 1.5 MMT(million metric tonnes) oil refinery project in Mongolia. It is the largest project undertaken by India under the Lines of Credit (LoC) programme. It is Mongolia’s first petrochemical refinery.