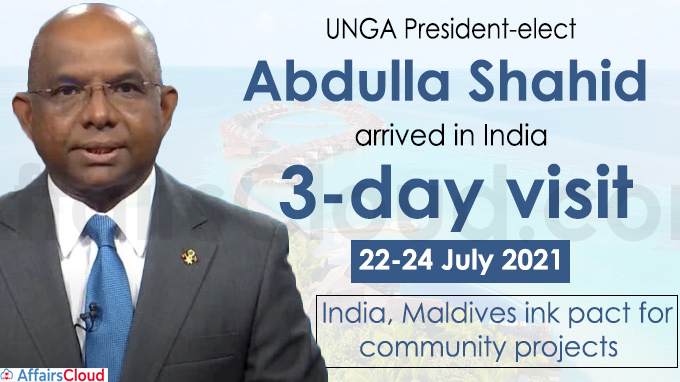 Abdullah Shahid, Minister of Foreign Affairs of Maldives, who is also The President-Elect of the 76th United Nations General Assembly (UNGA) (PGA-Elect) visited New Delhi from July 22-24, 2021. He visited India at the invitation of Dr. S Jaishankar, External Affairs Minister (EAM) of India.