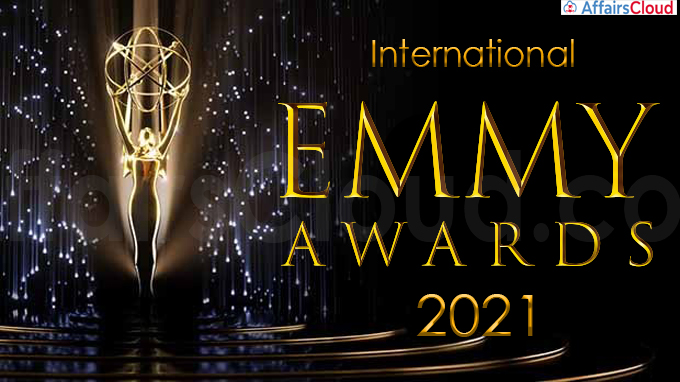 The International Academy of Television Arts & Sciences announced the winners of the 49th International Emmy® Awards (2021) over the event organised at the Great Hall of Casa Cipriani in New York City, United States of America(USA).

v.Dr Thomas Bellut, Director General of German public broadcaster ZDF, one of Europe’s major and most renowned broadcasters has been honoured with the International Emmy® Directorate Award 2021. The award was presented by Dirk Nowitzki Former NBA Player and NBA Champion (Dallas Mavericks).

i.Nawazuddin Siddiqui in Serious Men was nominated for Best Performance by an Actor.

i.International Emmy® Awards annually recognises the excellence in leading television programming produced outside of the United States (from around the world).

ii.The event is annually held in New York City, the US.

iii.The awards are presented by the International Academy of Television Arts & Sciences.