The International Premier Tennis League 2015 title has been clinched by Singapore Slammers. The final was held at the Singapore Indoor Stadium in Singapore. 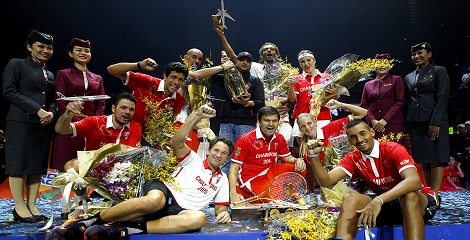 Both the Most Valuable Player (MVP) won US 50000 $ each as prize money for their dominant tennis they played.