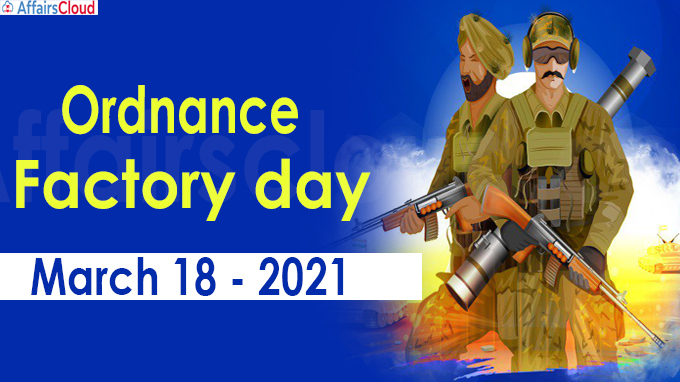 i.To increase the economic interest and political hold in India, the East Indian Company of England considered the manufacturing of military hardware.

ii.In 1775, the British Authorities established the Board of Ordnance in Fort William, Kolkata.

iii.On 18th March 1802, the Gun Carriage Agency established by the British at Cossipore, Kolkata started the production, which marked the first industrial establishment of Ordnance Factories in India.

iv.Before the independence of Indian in 1947, there were only 18 ordnance factories in India.

ii.The 41 factories are divided into five operational divisions of the OFB.

iii.The OFB constitutes a Defence production conglomerate with a range of products in the area of land, sea and air systems.

iv.OFB is considered as the 4th arm of Defence, along with Army, Air Force and Navy.