In accordance with the United Nations (UN) World Meteorological Organization (WMO), “record-level” ozone hole over the Arctic, which was in news in March 2020,   has now closed. Scientists have been monitoring the hole at the Copernicus Atmosphere Monitoring Service (CAMS), a European Union (EU) earth observation program. 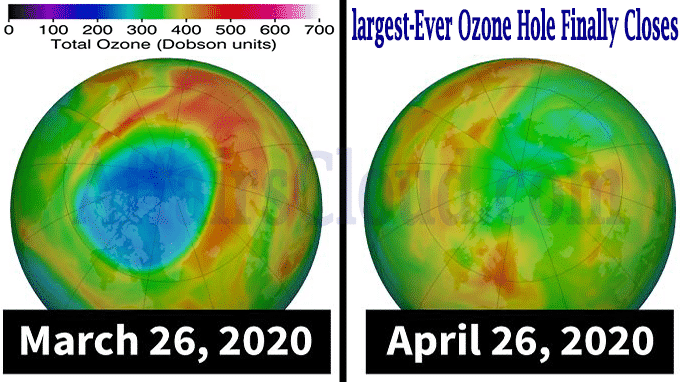 How does the ozone layer gets depleted?

The phenomenon was driven by ozone-depleting substances still in the atmosphere and a very cold winter in the stratosphere, a layer of the earth’s atmosphere that lies between 10 and 50 kilometres (six to 31 miles) above the earth. These two factors combined to give a very high level of depletion of ozone.