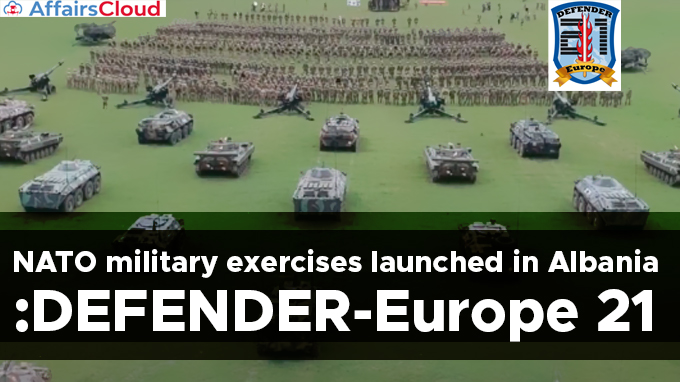 The North Atlantic Treaty Organisation (NATO) launched the Joint Multinational Military Exercise  ‘DEFENDER-Europe 21’ in the port of Durres in Albania, the exercise began on April 26, 2021 and will go on till June 10, 2021.

i.It is an Intergovernmental Military Alliance between 30 European and North American countries.

ii.It is based on the North Atlantic Treaty which was signed on 4 April, 1949.

iii.The member countries agree to mutual defence in response to an attack by an external party.