National Youth Day also known as Yuva Diwas is celebrated every year with the great joy and enthusiasm in India on January 12 since 1985 to commemorate the birth anniversary of Swami Vivekananda, the maker of the modern India. 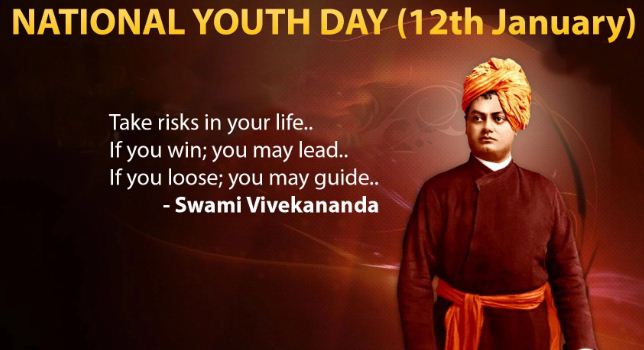 Swami Vivekananda was born on January 12, 1863 in Calcutta as Narendra Nath Datta in an affluent Bengali family. He died at a young age of 39. He took great interest in spirituality and philosophy and in his short life managed to inspire millions. Vivekananda is also an inspiration to youth all over the world.

Every year the Department of Youth Affairs under the Union Ministry of Youth Affairs and Sports organizes the National Youth Festival on the birth anniversary of Swami Vivekananda from 12 to 16 January.