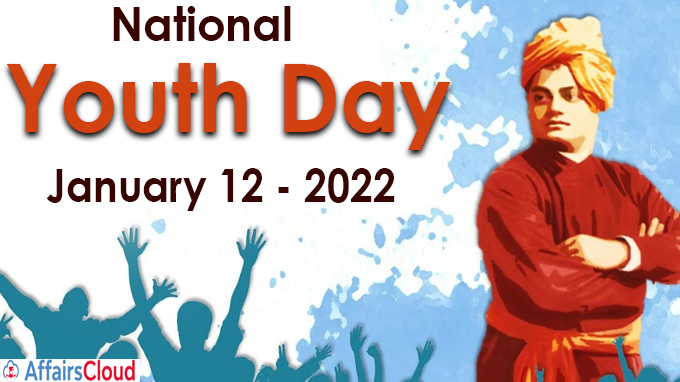 i.In 1984, The Government of India has decided to celebrate the birth anniversary of Swami Vivekananda as the National Youth Day.

i.Swami Vivekananda was the chief disciple of 19th-century mystic and yogi Ramakrishna Paramhansa.

Objective: To encourage the youths to showcase their talents in various activities to cover almost all socio-cultural aspects of life.

ii.The summit is in line with the youth-led development and motivating youngsters to solve the emerging issues and challenges.

iii.Open discussions with Olympians and Paralympians and virtual yoga sessions were also organised as a part of the festival.