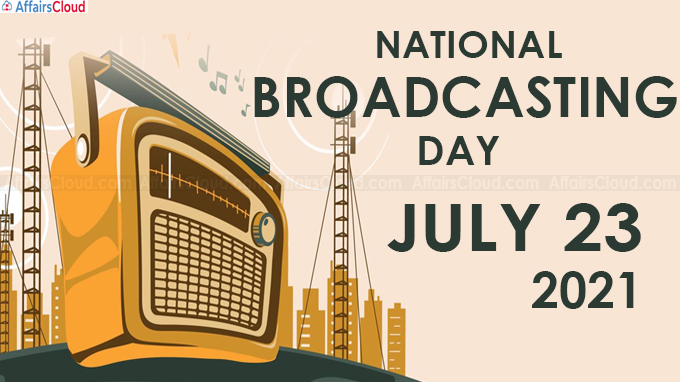 The National Broadcasting Day is annually observed across India on 23rd July to commemorate the first radio broadcast aired from the Indian Broadcasting Company(IBC) on 23rd July 1927. IBC was a private radio station based in Bombay (now Mumbai).

23rd July 2021 marks the 94th anniversary of the establishment of All India Radio(AIR), which was formerly known as IBC.

ii.In 1930 the government took over the IBC under the Department of Industries and Labour and started its operation on an experimental basis for 2 years and in 1932 the IBC facility was permanently renamed as the ISBS.

i.The All India Radio has around 479 stations across India, reaching around 92% area of the country and reaches around 99.19% of the total population.

iiThe programmes of AIR are available in 23 languages and 179 dialects.