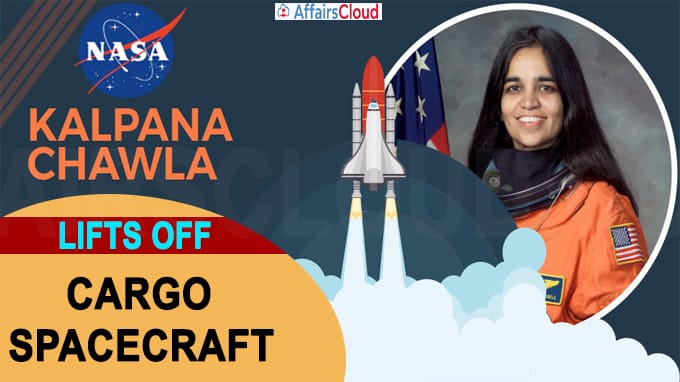 On October 1, 2020, a National Aeronautics and Space Administration (NASA) launched the Northrop Grumman Cygnus resupply spacecraft named “SS Kalpana Chawla” after its astronaut Kalpana Chawla, the first Indian-born woman to enter space and was one of the seven crew members who died in the Space Shuttle in Columbia disaster when the spacecraft disintegrated during its re-entry into the Earth’s atmosphere in 2003.

What is the International Space Station?

It is a home to astronauts in the form of large spacecraft which orbits around Earth. It can accommodate 6 people. The Objective of this is to do the research which could not be done on Earth. It has science labs from the United States, Russia, Japan and Europe.

A lot of stuff is being sent to ISS, some of which are as follows:

—Universal Waste Management System (UWMS): A newly-designed toilet was sent to the station. This UWMS is 65% smaller and 40% lighter than the current toilet on ISS.

—360-degree virtual reality camera: It will be used to film during a spacewalk for an immersive cinematic production.

–Apart from above, there is also a research material for testing of a biologic drug that could be used for the treatment of leukemia, and a plant growth study that will cultivate radishes as a model for future crops in space.

i.On 4th July 2020, the Transiting Exoplanet Survey Satellite(TESS) of National Aeronautics and Space Administration(NASA) completed its primary mission of imaging 75% of the starry sky during the two-year survey and found 66 new exoplanets beyond the solar system, and around 2100 candidates on which the astronomers are working on to confirm among others.

ii.The images of the comet Neowise (C/2020 F3), were captured by NASA astronaut Bob Behnken from the ISS camera, which was discovered by the Neowise space telescope.