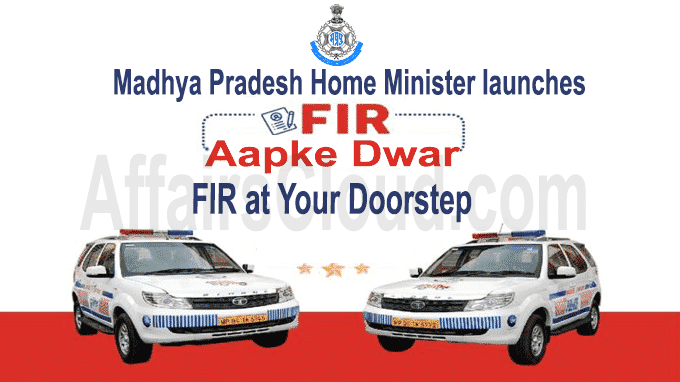 On May 11, 2020 Madhya Pradesh(MP) Home Minister Narottam Mishra launched the country’s 1st ‘First Information Report(FIR) Aapke Dwar Yojana‘(FIR at your doorstep) at the new Police Control Room, Bhopal to enable people to file FIRs from their homes instead of visiting police stations.

ii.It is a pilot project under which a complainant is supposed to dial police emergency number 100 to lodge an FIR for this purpose the  Head Constables are trained.

iii.Once a complainant dials 100, police personnel will reach their residence to get the FIR. The FIRs in complaints of general nature will be lodged on the spot & in case of serious complaints, guidance will be sought from senior officers.

iv.The scheme will continue as a pilot project till August 31, after which its results will be analysed for expanding its area of implementation.