On July 24, 2019, Union Minister of Commerce & Industry and Railways, Piyush Goyal launched the 12th Edition of the Global Innovation Index (GII) for the year 2019 in New Delhi. The theme of the 2019 GII is “Creating Healthy Lives – The Future of Medical Innovation”. The index tracks innovation in government policies and industry practices. 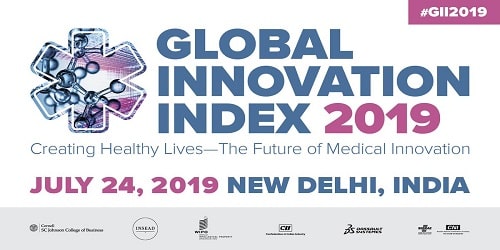