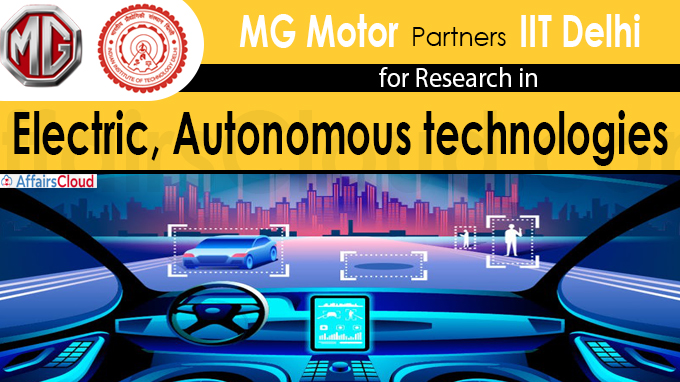 i.They are Self Driving vehicles that use information from cameras, lasers and radar to create a 3D digital map of their surroundings to make safe driving feasible.

ii.They use the Internet of Things (IoT) effectively to communicate among devices, to make driverless vehicles a reality.

FITT: Established in 1992 at IIT Delhi, as an Industrial Interfacing Organisation to Foster Industry focused research among students.

i.NHAI signs an MoU with IIT Delhi to set up CoE for Advance Data Management System for Highways.

ii.Nitin Gadkari launched the “Go Electric campaign” to give a boost to electric mobility and use of electrical appliances across the country.