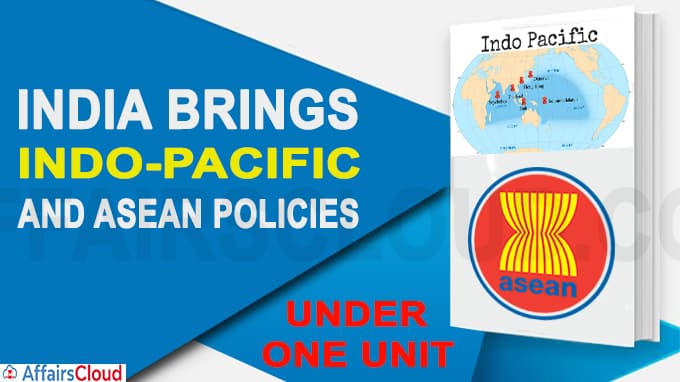 The Ministry of External Affairs (MEA) is creating a new Oceania Territorial Division by integrating Indo-Pacific and ASEAN divisions within it. Through this move, India is seeking to align policies in the regions stretching from Western Pacific (Pacific Island) to Andaman Sea.

India will focus administrative and diplomatic attention in the region which is seeing growing Military assertiveness of China.

i.The new Ocean Territorial Division will function with Australia as its centre.

ii.Reenat Sandhu, Additional Secretary will head the Territorial Division and will be assisted by Two Senior Directors, Geetika Srivastava and Paulomi Tripathi.

iii.The move signals a Coordination of Indian interests along key Organizations and nations in the Indo-Pacific.

List of Organizations under which India is a Member: