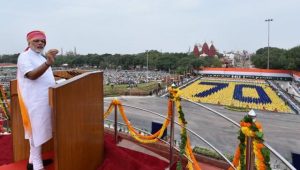 Colors of Independence – An Innovative Initiative of JCI

A week-long “Colors of Independence” campaign has been launched by the Jute Corporation of India – JCI marking the 70th Independence Day of India.

“Our Lady of Assumption Church” of the Succoro village, near Panaji in Bardez Taluka celebrated ‘Patolleanchem Fest’, a unique salute to the jaggery-based sweet dish called “Patolleo” on the eve of the Indolence Day of India.

I&B Minister Shri M Venkaiah Naidu have launched a special web page on the occasion of Independence Day, 2016.  This webpage is developed by Press Information Bureau and the page is also accessed from PIB’s home page.

Goa Tourism presents an exclusive bike rally called ‘Freedom Ride’, which held on 15 August 2016. The Rally will be very enjoyable and give bikers an experience of Goa while exploring its treasures packed with churches, rivers, beaches, temples, villages and much more.

As part of Independent Day celebrations, Defence Minister Manohar Parrikar inaugurated ‘Bharat Parv’ festival at India Gate lawns and the inauguration ceremony of the festival, which will conclude on August 18, is also attended by Union Ministers M Venkaiah Naidu and Mahesh Sharma. 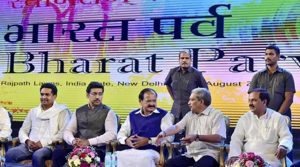 A commemorative postage stamp on Tourism in Indiaon the occasion of 70th Independence Day has been released by the Minister of State for Railways Manoj Sinha.

On the occasion of the 70th Indian Independence Day, a total of 948 central and state forces police personnel were awarded gallantry and other service medals.

Havildar Hangpan Dada was honored posthumously, with the government announcing the highest award to an army man during peace-time operations on the eve of the Independence Day.

Among the above stated award distributing ceremony, Telangana State has received the highest number of gallantry medals for police personnel in the country on the eve of Independence Day and it is noted that it was the only State unit to secure the President’s police medal for gallantry (PPMG).

Apart from the two policemen who would be honored with the gallantry medal posthumously, Telangana also got a President’s Police Medal for distinguished service to Fire Services Director General Rajiv Ratan. The Police Medal for meritorious service was announced for 11 police personnel.

Prime Minister Narendra Modi addressed the nation from the bulwarks of Red Fort in New Delhi on the occasion of 70th Independence Day today.