On November 4, 2019, As per the “Annual report 2018- 2019”, released by Union Home Ministry, Government of India (GoI), the State of Manipur remained the most violent State accounting for about 50% of the total incidents in the region in 2018 with a total of 127 violent incidents as against the 252 incidents reported in entire NE (North East) states that includes Arunachal Pradesh, Assam, Meghalaya, Mizoram, Nagaland, Sikkim and Tripura. 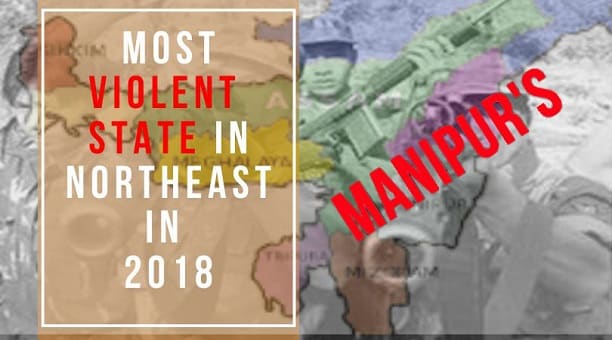 ii.Counter Insurgency Operations in 2018 led to neutralization of 10 militants, arrest of 404 militants and recovery of 99 weapons in the State. Meitei insurgency accounted for about 57% of insurgency incidents in the State, killing 6 SFs (Security Forces) personnel and 5 civilians in 2018.

iii.Manipur is affected by activities of Meitei (accounted for about 57 %), Naga, Kuki, Zomi, Hmar and Muslim UG outfits.

v.There has been no insurgency related incidents occurred in Sikkim and Mizoram in 2018, by and large, barring a few incidents of violence.