Malcolm Turnbull has been sworn in as 29th Prime Minster of Australia by the Governor – General, Peter Cosgrove.

The Australian PM Tony Abott has been ousted by his party in a leadership challenge. 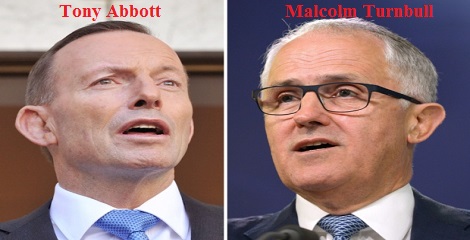