On November 7 2019, According to ‘India Justice Report 2019’, Maharashtra is the topest state among the 18 large-medium states that leads in the overall ranking of Indian States on justice delivery, followed by Kerala, Tamil Nadu, and Punjab. In this classification, Jharkhand, Bihar and Uttar Pradesh are at the bottom, while among the list of seven smaller States, Goa leads the group.

Key Points:
i.Tata Trusts in collaboration with the Centre for Social Justice, Common Cause, and Commonwealth Human Rights Initiative released the India Justice Report 2019. It was unveiled by former Supreme Court Judge Justice Madan B. Lokur.

ii.Report- The report has been prepared on publicity data from the year 2012 to 2017 in government entities.

v.Small States-In Small States Goa ranks the first place with a score of 4.85 followed by Sikkim holds the second place with 4.31 score. Arunachal Pradesh and Tripura are at the bottom rank. 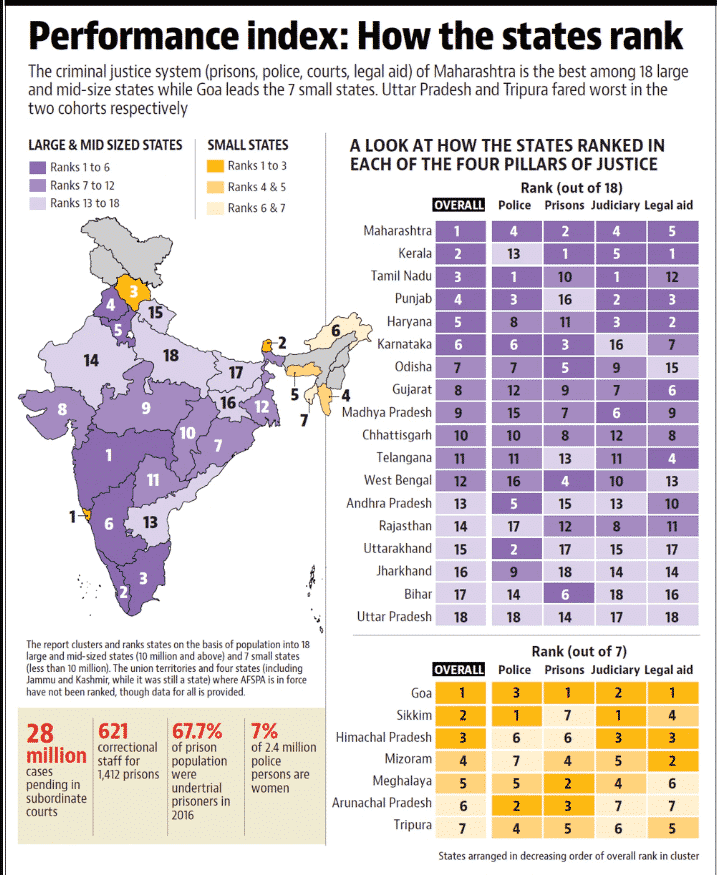