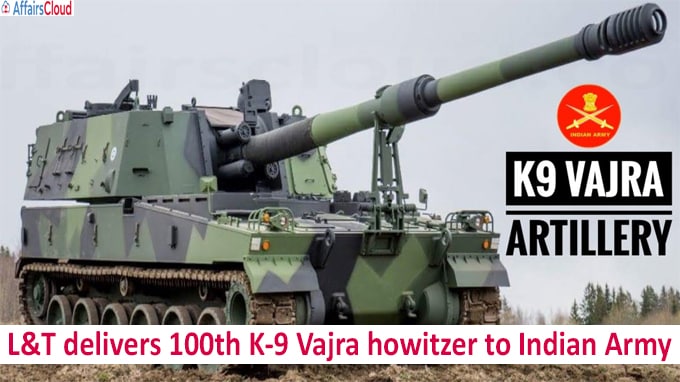 Three K-9 Vajra Howitzers are set to be deployed for trials in the High Altitude mountainous area of ladakh.

Other components of the Defence Contract:

i.L&T Defence,defence manufacturing group of Larsen and Toubro received ‘green channel status’ from Defence Ministry. It has received the status from the Directorate General Quality Assurance (DGQA) under the Ministry of Defence for its major naval weapon delivery systems.