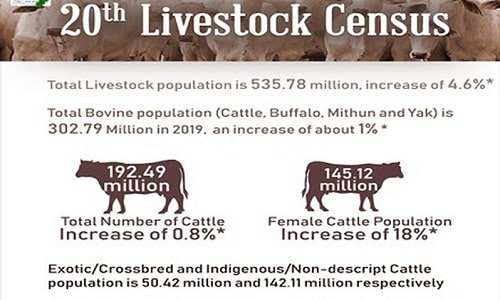 Key Points:
i. The 20th Livestock Census was launched during the month of October, 2018 and was held in nearly 6.6 lakhs villages and 89 thousand urban wards across the country covering more than 27 Crores of Households and NonHouseholds.
ii. It was a unique attempt to digitise household level data transmitted directly from the field.