Cabinet Ministers in India 2020: The Cabinet Consist of 57 council of ministers i.e. 24 cabinet ministers, 9 as Minister of State with Independent Charge and another 24 as Minister of State. It is very important for the aspirants preparing for the competitive exams like UPSC, SSC, Bank, RRB and other Government exams to have knowledge on List of Cabinet Ministers of India with their Portfolio. This topic helps the candidates to improve their scores in the general awareness section. The Table comprises of names of the personalities holding office, their Portfolio and the Constituency. We have provided you the complete updated list of Cabinet Ministers 2020. The Below Image describes the portfolios holded by Prime minister Narendra Modi. 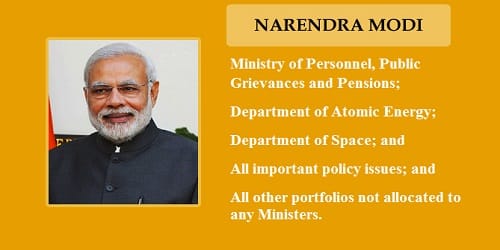 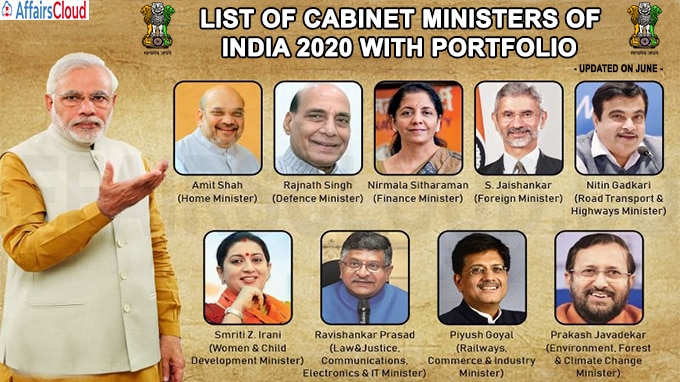 The Council of Ministers is listed below in three categories