In an effort to promote measures that can save energy the Union government launches various programmes.One such important initiative is to provide LED lamps to households and promote its usage to save energy. The new scheme of LED based lighting has been named UJALA. 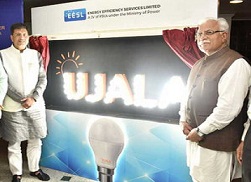