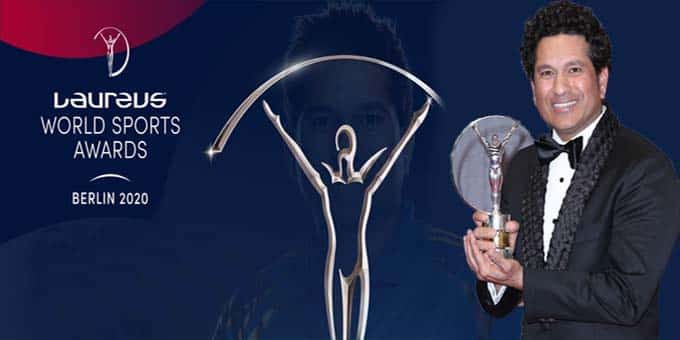 i.Former Indian International Cricketer Sachin Ramesh Tendulkar’s 2011 World Cup-winning moment was voted the Laureus Sporting Moment of 2000-2020.This moment of Sachin has been titled as ‘Carried on the Shoulders of a Nation’.With this win, he became the first Indian sportsperson to win a Laureus World Sports Award.
(India won the World Cup by defeating Sri Lanka by 6 wickets at the Wankhede Stadium in Mumbai in 2011 under the captaincy of Mahendra Singh Dhoni).

About Laureus World Sports Awards:
First held– 2000
It is the annual event honours the greatest and most inspirational sporting triumphs of the year and showcases the work of Laureus Sport for Good.
The Laureus World Sports Academy (a unique group of sporting legends) votes for the winners in each shortlisted category.