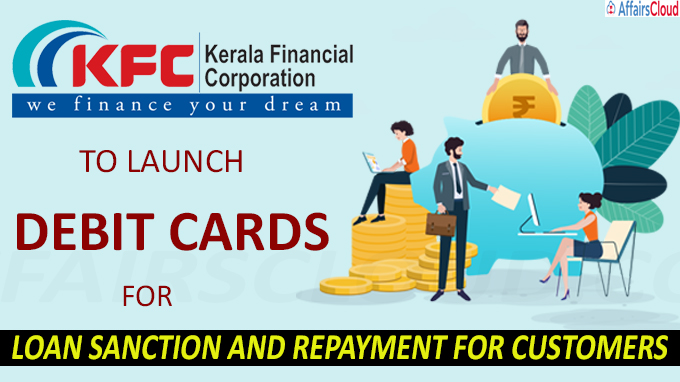 On February 15, 2021 Kerala Financial Corporation(KFC) announced that it will introduce its own debit card. KFC becomes the 1st government financial institution in Kerala to launch debit card. This 5 year Rupay platinum card will be co-branded in association with public sector banks.

Usage: It can be used at Automated Teller Machine(ATMs), Point of Sale(PoS) machines, and online transactions like other debit cards.

Loans: The disbursement of loans  to KFC entrepreneurs and repayment will be done through this channel.

Repayments can be simplified

Earlier, every month the repayment of KFC loans was done. Now, repayments on major loans have been changed to a weekly or daily basis by using Google Pay or other apps.

With the introduction of the card, such repayments can be further made simpler.

Issue debit cards to its employees:

KFC plans to issue debit cards to its employees, where their salaries and other allowances will be paid through the card.

i.It was established as the Travancore Cochin Financial Corporation on December 1, 1953.

ii.It was renamed as Kerala Financial Corporation in 1956.