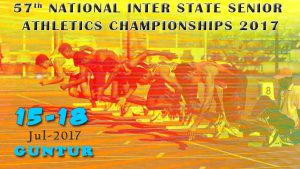 Soumya B won the gold medal in the women’s 20000m race walk on Day 3 of the National Inter State Championships athletics meet, in Guntur on July 17, 2017.