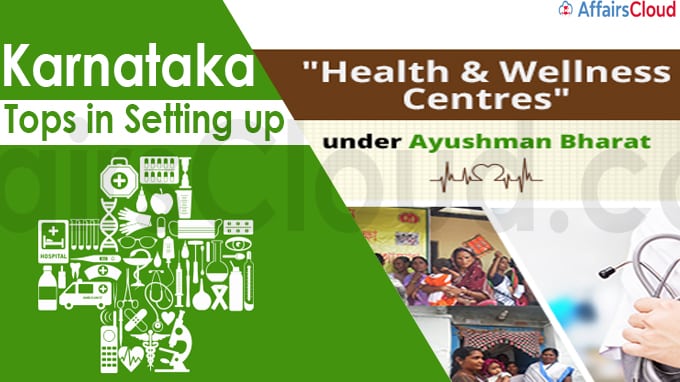 Karnataka has been ranked as the Number One state in establishing a Health & Wellness Centre (HWC) under the Ayushman Bharat project for the year 2020-21, it was stated by Karnataka’s Health & Family Welfare Department.

i.The state has surpassed several targets set for it by the Union Government.

ii.With an aim of providing quality health care for all under Ayushman Bharat – Arogya Karnataka scheme, all Primary Health Care Centres (PHCs) are being upgraded under National Health Mission.

iii.Karnataka has set a target of upgrading 11, 595 Centres as HWCs.

April 15, 2021, Union Minister of Health and Family Welfare Dr Harsh Vardhan stated that the Government has operationalized around 75, 532 Ayushman Bharat-Health and Wellness Centre (AB-HWCs) across India since 2018.