Eminent physicist and Padma Bhushan awardee Trilochan Pradhan has been conferred with the prestigious “Kalinga Samman 2014” for popularising science among the common man in Odisha. 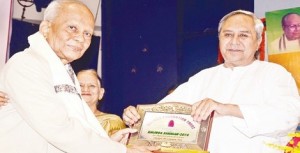 The Kalinga Foundation Trust since 2010 has been presenting the Kalinga Samman to people who have contributed to the growth and popularisation of science and technology in Odisha. Six outstanding persons have so far been awarded.

About Kalinga Samman for Popularization of Science

Kalinga Foundation Trust of Bhubaneswar has instituted a state Level Prize called KALINGA SAMMAN for popularization of Science” from the Year 2010.