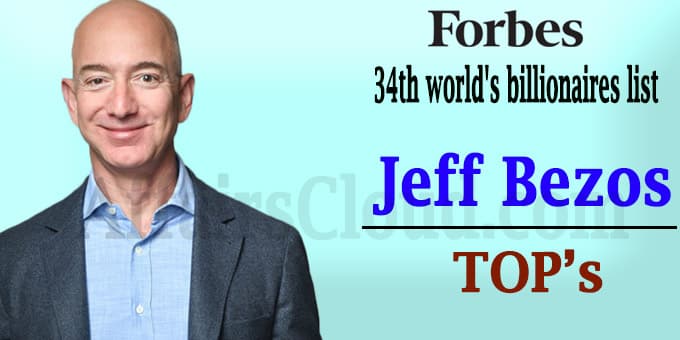 ii.The co-founder of Hindustan Computers Limited (HCL),Shiv Nadar (116th) is positioned in 3rd in Indian list followed by the founder of Kotak Mahindra Bank Uday Kotak (136th) with net worth of USD 11.0 billion.

iii.Alice Walton (11th) only daughter of Walmart founder Sam Walton tops the women’s list with a net worth of USD 54.1 billion, followed by Francoise Bettencourt Meyers (17th) the granddaughter of L’Oreal’s founder(She & her family own 33% of L’Oreal stock) with USD 52.8 billion, and Julia Koch who is positioned in 42nd ( she and her 3 children inherits & of stake in Koch industries) with USD 41.7 billion.

Forbes
It is an American business magazine which releases a list of the world’s top billionaires every year. In 2020 it has ranked 2095 billionaires from 2,153 in 2019, where 267 people dropped this year’s list & 1062 individuals have dropped in their fortunes due to the coronavirus pandemic & unstable markets.
CEO– Michael Federle
Headquarters– New york, United States