Uttar Pradesh based brave journalist Jagendra Singh, who was killed allegedly for expresses his thoughts on illegal sand mining and other misbehavior activities

He used to operate a Facebook page – Shahjahanpur Samachar, wherein he expressed 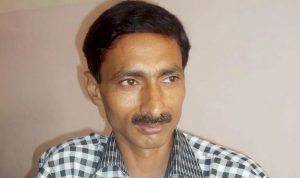 the “corrupt” activities of an Uttar Pradesh minister and Illegal sand minig is one of that.

25 other journalists were awarded for their contribtuion at the function.

The others winners are

First time had included the ‘start-up of the year’ category. The award was clinched by thewire.In.