The 2019 ISSF Rifle/Pistol World Cup was held in Beijing, China from 21 to 29 April. This event was the annual edition of the ISSF World Cup in the Olympic Shooting events and governed by International Shooting Sports Federation (ISSF). This World Cup series was also the qualification tournaments for the 2020 Tokyo Olympic. India won 4 medals which include 3 gold and 1 silver, finished first in the tournament. 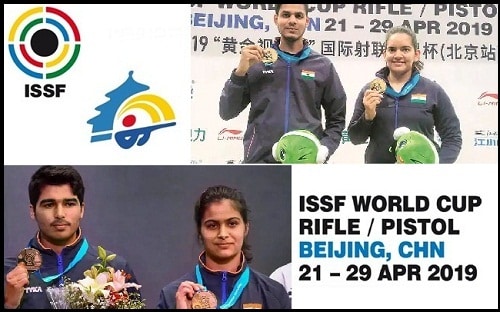 About ISSF World Cup
In 1986, International Shooting Sport Federation introduced ISSF World Cup tournament to provide a homogenous system for qualification to the Olympic Shooting Competition in Rifle, Pistol and Shotgun disciplines. The next ISSF World Cup Rifle/Pistol will be held in Munich, Germany from 24 to 31 May, 2019.